The Street Hawker – The Story Of Johnnywriter

7 Ways to Create Emotional Safety in Your Relationship

12 Signs Your Boyfriend is Jealous And What To Do

9 Ways To Be A Better Listener

Johnnywriterhttp://www.hisparadise.com
The Founder of Hisparadise, a relationship counselor. Johnnywriter has covered topics related to depression, anxiety, and relationships. With an understanding that there is never too much information and helpful research about relationship problems in all of its forms, He continues to look for new and creative ways to both start discussions & engage with others about these important topics. 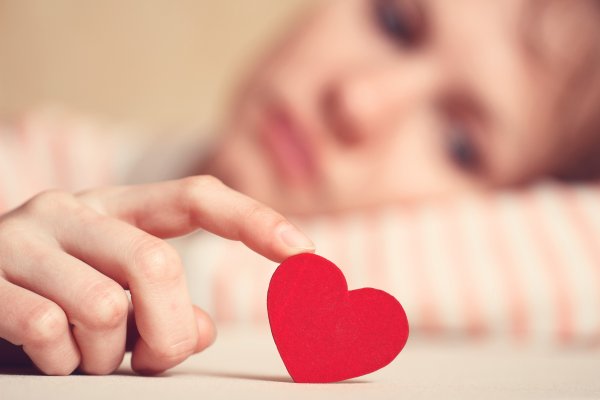 If you’ve ever seen a romantic comedy, you’ve likely watched two people who find a way to be together — no matter what obstacles stand in their way. The reason is always simple: They’re in love. But off screen, love isn’t always enough to make a relationship last.

In fact, the feelings caused by romantic love can be so strong, they can convince people to stay in relationships that are unhealthy, unfulfilling and ultimately unhappy — whether they realize it or not.

Here is when to know its time to let go

Your needs aren’t being met

Every person has different “requirements” that need to be met in a relationship. These needs can be emotional, like wanting quality time with your partner, or functional, like requiring them to competently manage money.

When one partner feels that the other isn’t fulfilling a requirement, it’s important to communicate that. If that person’s partner isn’t willing to try harder to fulfill that need, it’s probably time to move on, she says.

One of the reasons people stay in relationships that don’t meet their needs stems from the negative views our society has about being single. It may seem like if they leave the relationship, they may never find something better. But mentality wastes valuable time and perpetuates a person’s unhappiness. “You could be taking that time to find someone who will give you what you need,” she says.

You’re seeking those needs from others

When you get promoted at work or you’re faced with a family emergency, who is the first person you want to tell? In a fulfilling, healthy relationship, the answer to those questions should be your partner, according to Johnnywriter

It’s great to have trusted colleagues at work, but  if you’re constantly turning to a “work husband” or “work wife” for support, it may be a sign that you’re not getting the support you need from your partner. “If you’re like, ‘I have a choice between talking to my boyfriend and talking to my guy friend, the guy who is constantly giving you that emotional affirmation that I need — I’m going with the friend,’” Johnnywriter says, “Something’s not right.”

If either you or your partner is seeking emotional or physical fulfillment from people outside of your relationship, Johnnywriter says it’s a clear indication that it’s probably time to end the relationship.

You’re scared to ask for more from your partner

It’s natural to feel uncomfortable talking to your partner about what you need and may not be getting from your relationship.  open lines of communication are essential to lasting, healthy partnerships.

“People may think, ‘That’s going to make me sound needy and emotional,’” says Johnnywriter. Instead of speaking up, they suppress how they feel, continue on with their dissatisfaction and feign contentment out of fear of feeling like a burden

“Then something happens that breaks the camel’s back,” she says. And the argument that ensues can wind up being more damaging to the relationship than it would have been if you had addressed it sooner. Hiding your true feelings about how your partner is treating you likely prolongs the unfulfilling relationship, rather than saves it, according to Johnnywriter. If you can’t get past the fear of confronting your partner, it’s probably time to seek help or part ways, she says.

Your friends and family don’t support your relationship

you should take stock of how your trusted family members and friends feel about your relationship. “If nobody in the community supports your relationship, that’s a red flag,” He says. If the people who love and support you see that the person you’re in love with isn’t making you happy, it’s a good idea to listen to their opinions, according to Johnnywriter

If you decide push aside your friends’ and family’s concerns, it may lead to another sign that it’s time to let go of the relationship: “You’re starting to lie to your friends, you’re starting to lie to yourself,” says Johnnywriter. When you isolate yourself from your loved ones in order to avoid listening to their concerns, they’re probably right — the relationship probably isn’t, He says.

You feel obligated to stay with your partner

People are more likely to stay in relationships that they’ve already invested time and effort in, a 2016 study published in Current Psychology found. This is similar to a money investment phenomenon known as the “sunk cost effect.” A prior investment leads to a continuous investment, even when the decision doesn’t make you happy.

“When it comes to people and relationships, time does not necessarily equal success,” says Johnnywriter, who added that many of her clients are reluctant to leave an unhappy relationship because they want to reap the rewards of their investment.

But simply investing more time in a relationship with someone you love won’t fix the problems. If both partners aren’t willing to work to fulfill the other’s needs, the relationship probably isn’t worth it.

Of course, when two people are in love and have spent years together or have started a family together, there is a stronger incentive to work out the problems, says Johnnywriter. His advice is to seek couples’ counseling if both partners want the relationship to work. But he caveats that you should set a time limit of one year.

“If you spend too much time in indecision, it will erode the foundation of the relationship to the point where you can’t really make it back,” He says.

After about a year of actively working on the relationship and unsuccessfully trying to meet each other’s needs, the difficult decision to break up is likely the best decision, according to Johnnywriter

5 Top Tips To Get Through a Breakup

How To Fix A Sexless Relationship: Solutions for Couples